In recent years, JavaScript Object Notation (JSON) has become popular and emerged as an alternative to Extensible Markup Language (XML). The question arises why JSON is among the best data storing and exchanging format. Why do people prefer JSON format over XML? Why has the language gained a strong footprint among web developers?

These are some of the questions that might be striking in the mind of newbies.

JSON has all the qualities of being superior to rest of the formats, especially XML. The amazing features of this format make it possible for us to have a compact, flexible, easy to editable, and convertible code. And it is reflected when working in coordination with JavaScript. But JSON is designed in a way that can work independently as well. And along with that it works in alignment to major programming languages as well.

JSON was formed as a subset to JavaScript Object literals. The primary purpose of this language, as mentioned before, is to work as a data-interchange language. You can make use of JSON in JavaScript Programming language, and it would not need you to sterilize and parse the data.

The most significant advantage of JSON is that it can be easily read and understand by human beings, and for the computers, it is easy to analyze and parse the JSON data. The most common use of this language is to organize the structural data while eliminating all the intricate processes. The language performs the duty of becoming an intermediate between the web application and the server. Below are some of the advantage of JSON

Parsing is the most crucial aspect on the server side. If the process of parsing is swift, then it will also give a prompt response to the user query. And that is the fundamental advantage of JSON, and for that reason developers prefer it over other formats.

JSON is compatible with almost all the web browsers available. So, if you are using an application that is made up of JSON, then you will surely need to put extra effort to make it browser compatible. While when the development process takes place, developers get worried about its compatibility, but it has the functionality to work in accordance with the browsers.

If you are looking to share the data either its video, image, or any other file. Then JSON can be proved to be the best option. Because the data in JSON is stored in the format of arrays, which makes the process expeditiously smart enough to transfer the files. And that is the reason web developers use this format for web development and consider it to be the best format for web APIs. 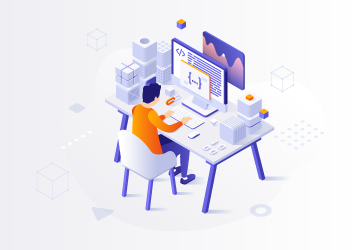